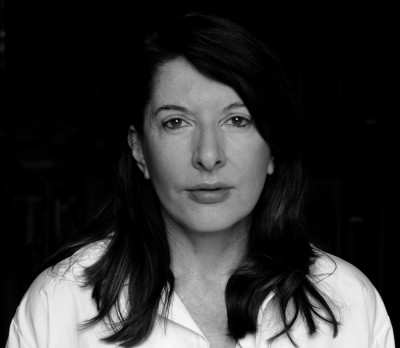 (*1946, Belgrade), Performance artist. Since the beginning of her career in Belgrade during the early 1970s, Marina Abramović has pioneered performance art, creating some of the form’s most important early works. The body has always been both her subject and medium. Exploring her physical and mental limits, she has withstood pain, exhaustion, and danger in her quest for emotional and spiritual transformation. Abramović was awarded the Golden Lion for Best Artist at the 1997 Venice Biennale. In 2008, she was decorated with the Austrian Commander Cross for her contribution to art history. In 2010, Abramović had her first major U.S. retrospective and simultaneously performed for over 700 hours in “The Artist is Present” at the Museum of Modern Art in New York. Recently, she completed the three month performance “512 Hours” at the Serpentine Gallery in London. Abramović founded the Marina Abramović Institute (MAI), a platform for immaterial and long durational work to create new possibilities for collaboration among thinkers of all fields. http://www.immaterial.org